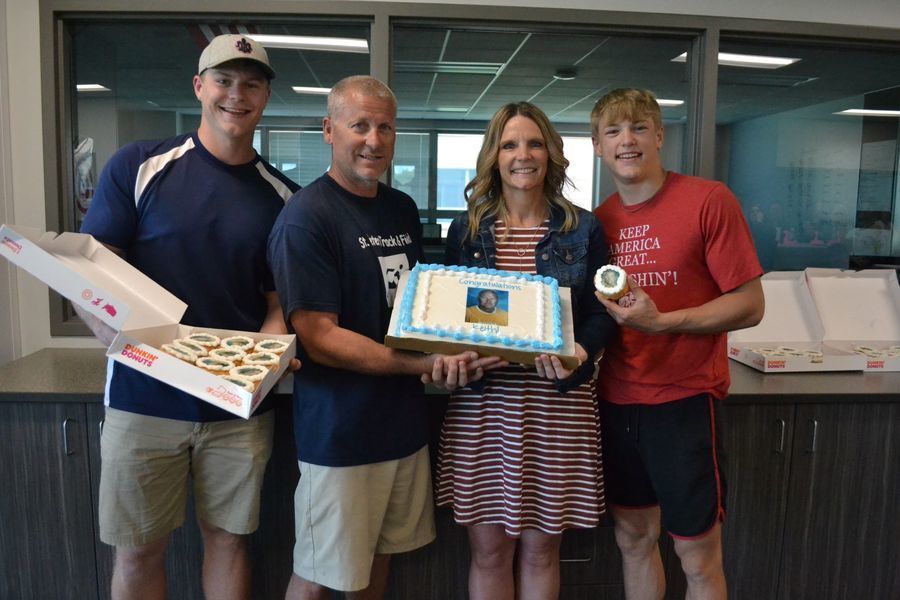 In an effort to emphasize the importance of “excellence” in the Saint Peter Public School District, the Distinguished Service Award was established during the 2010-11 school year.  Each year the award recognizes a staff member who exemplifies excellence in their job and for their commitment to the students and staff at Saint Peter Public Schools.  The following is a profile on Keith Hanson about his career and time here with Saint Peter Public Schools: Hometown/HS alma mater: Hancock, Minn. College/degree(s): Mankato State University- BA Physical Education, Developmental Adapted Physical Education, Coaching minor.  Masters of Education- Winona State University Years with St. Peter Schools: 29 as an educator, 31 as a coach In his own words, the following is a breakdown of positions Hanson has held during his career here at SPPS:

What does winning this award mean to you? It means a lot! To be recognized by my colleagues and  my administration is very humbling because there are many other people out there who should be recognized also for their work for the District. I am thankful for the wonderful people here in our District, our community, and to be honest this is the only District that I have really been involved with and it had me hooked all those years ago as a student teacher! How surprised were you when it was announced you were the winner? I was totally caught off guard, it was very creative in how they announced it! I was playing the game, and was wondering to myself "what's the joke here and why are they picking on me" it really didn't click until I saw the correct answer on the board, then I turned around and saw my two son's standing there clapping and Carmen right beside me recording! I was glad they were there to share that moment! Additional activities and comments: Hanson, who is the Saints long-time head boys track coach and wrestling coach, has served as an umpire and the head of the St. Peter Softball Association for more than two decades. Hanson has organized umpires for leagues, created schedules for the Rec Office and found umps for girls fastpitch for many years for free. He also helped get donors for the softball scoreboards and irrigation systems.   Hanson also helped some of his autistic (adapted physical education) students to be managers, JV participants and, on occasion, he even brought them to the overnight tournaments, according to his wife and current SPHS social studies teacher, Carmen Hanson. 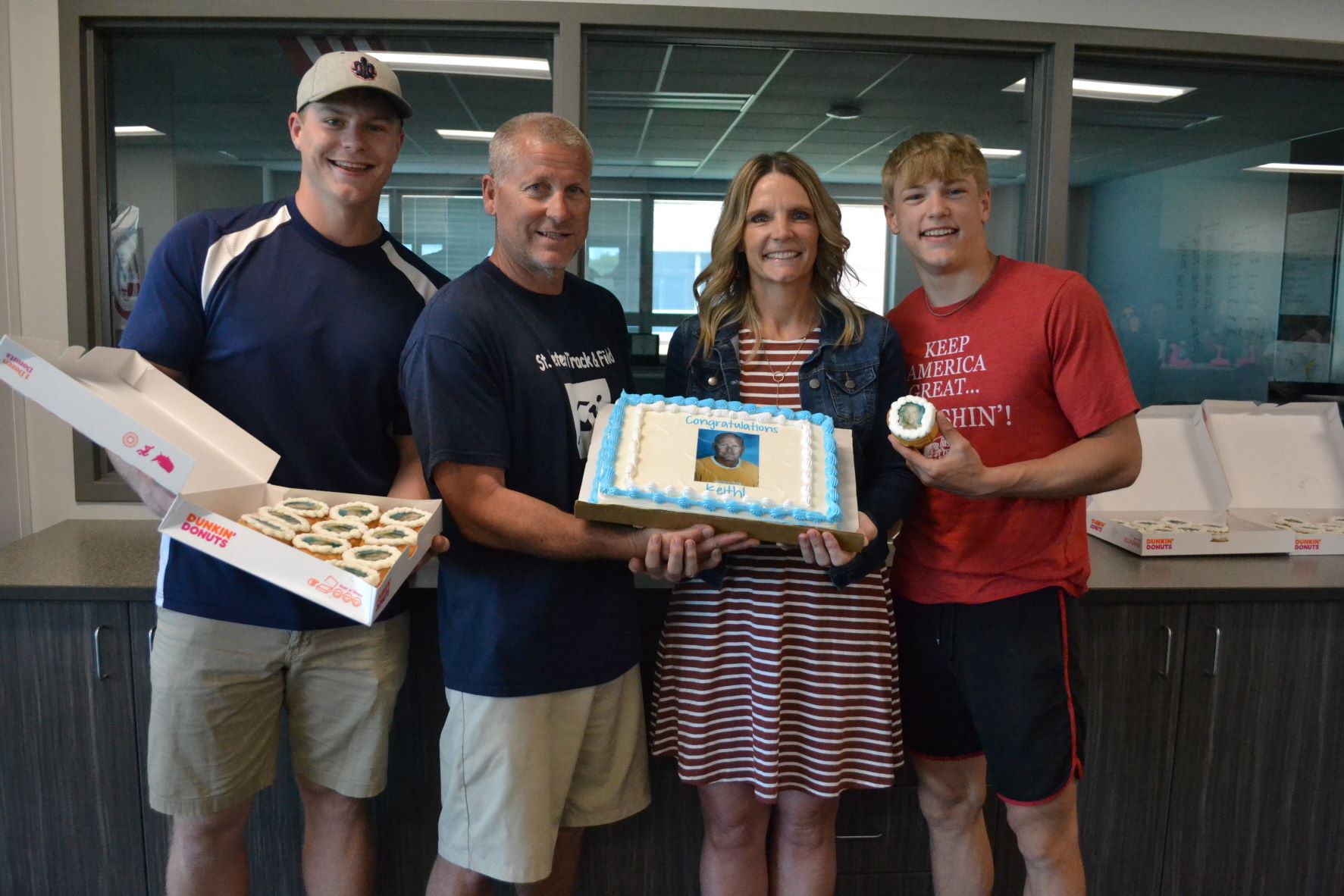 Long-time SPHS educator and coach Keith Hanson (second from left) was honored recently as the SPPS Distinguished Service Award winner for the 2021-22 school year. He is shown here with his son Brock, wife Carmen, and son Brogan. Not pictured is the Hanson's other son, Brady.