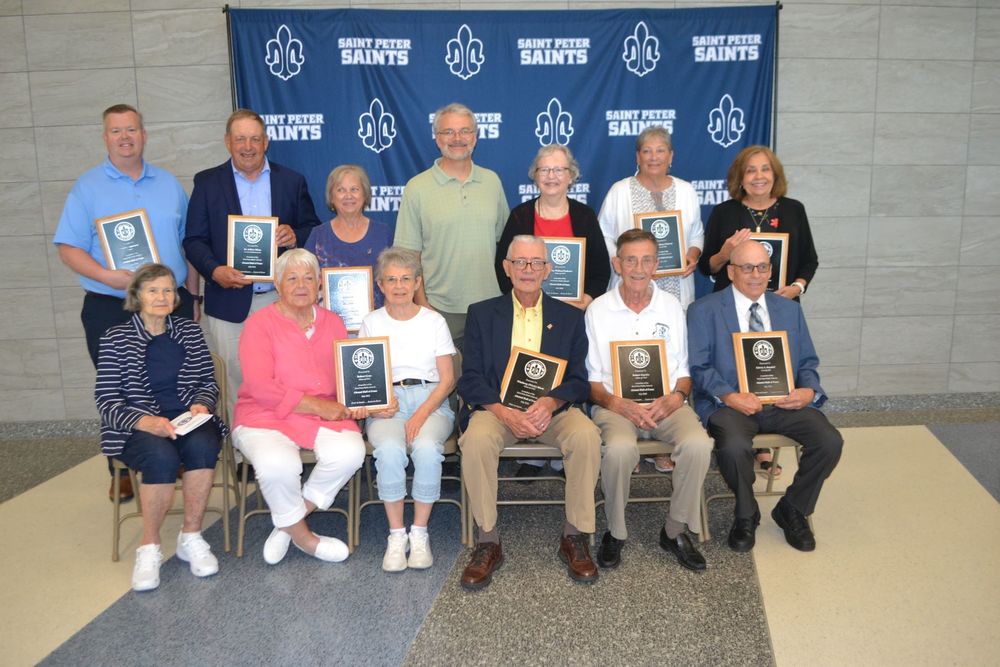 Eleven new members of Saint Peter Public School's Hall of Fame were inducted during a breakfast ceremony at the SPHS commons area on July 2, during the All-School Reunion celebration.

The ceremony honored those from the induction classes OF 2020 and 2022, as the 2020 ceremony had to be postponed to this year due to the pandemic. SPHS Principal Annette Engeldinger and Saint Peter Superintendent Bill Gronseth provided welcoming statements for the ceremony and took turns introducing the 11 newest members of the SPPS Hall of Fame. Those inductees includes: