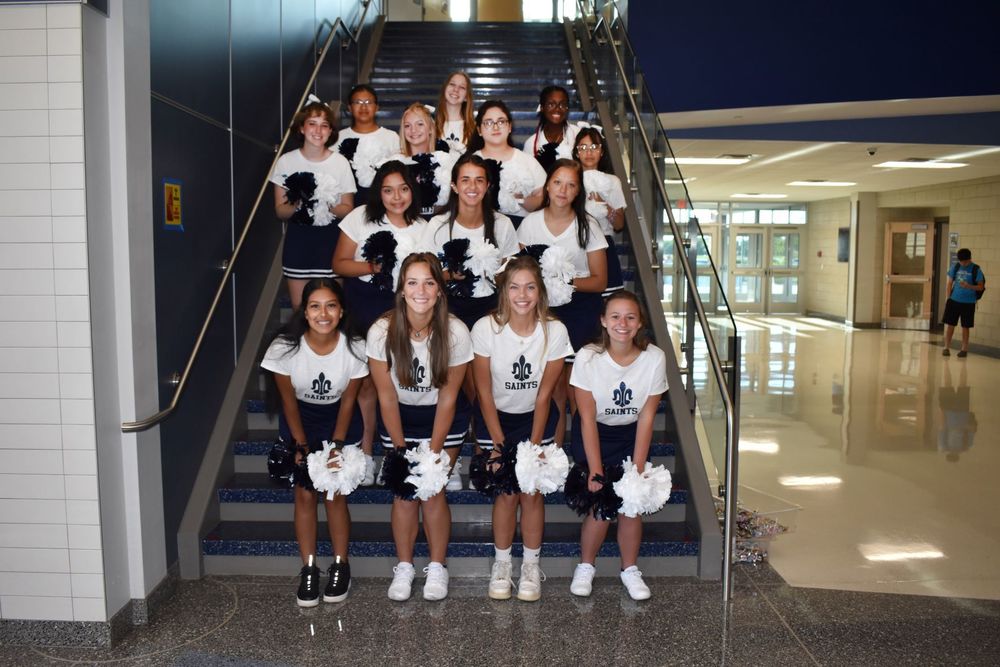 Saints sports’ fans attending boys’ & girls’ soccer home games as well as football home games will notice SPHS is fielding varsity & junior varsity cheerleading squads for the events at Floyd B. Johnson Field. This is the first time since the early 2000s that cheerleading has been offered at SPHS.

The program is open to girls in grades 9-12 and the turnout was strong enough (24 participants in all) that full varsity and junior varsity squads were put together. Jennifer Curtis is the team’s head coach, with Tasha Timmerman and Angie Fogal serving as assistant coaches.

“Official practices began August 15, but most of the girls started practicing this summer to prepare,” Curtis said. “The girls are really excited and passionate about it! What's great is we have girls from different grades, sports, friend groups, etc., yet they all have bonded very quickly. These girls really understood the value of being a "team" in order to make cheerleading successful at SPHS.

“Girls you would never expect to even know each other at school are now having sleepovers and hanging out all because of cheer. I am so proud of them for that. My assistant coaches Angie and Tasha have been a huge factor, as well, in making this program happen. I couldn't do it without them.”

“Being a brand new program, we get to decide how we want SPHS cheer to look and the impression we want to make,” Saints’ Co-Captain Piper Ruble said. “We’ve created a family here and it’s really cool to be a part of that.”

“I’ve wanted to be a part of a cheerleading team since my freshman year,” Saints’ Co-Captain Karen Bocanegra said. “ I was so pumped when we learned we were going to officially have a squad that I pretty much dropped all my after school activities so I could focus on this. It has been such a great experience, and I’m making a lot of new friends. I was a little nervous at first, but it’s been a blast being a part of the new program.” 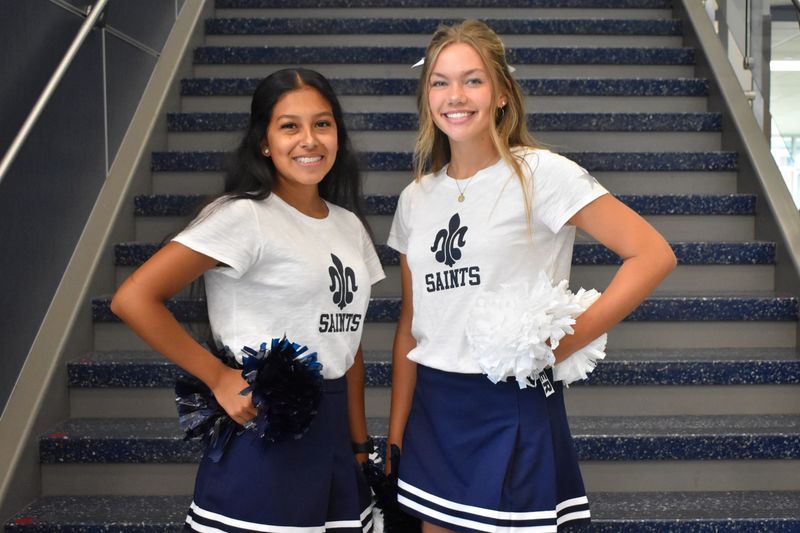 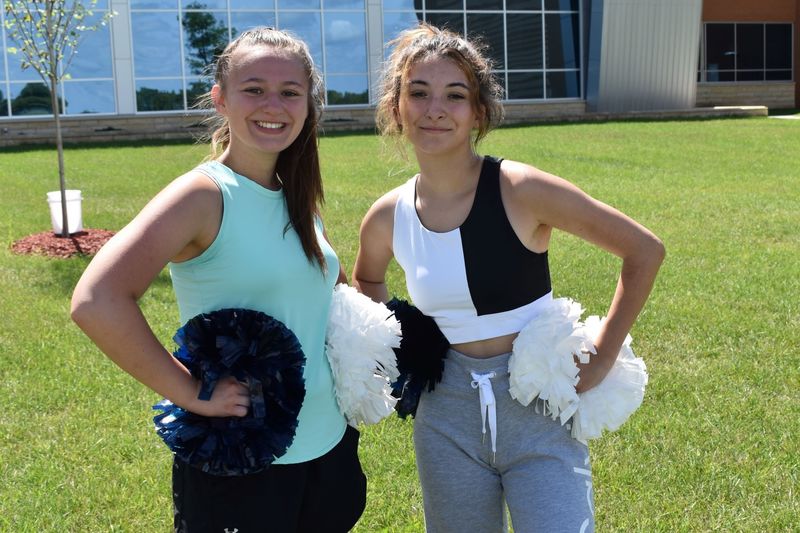 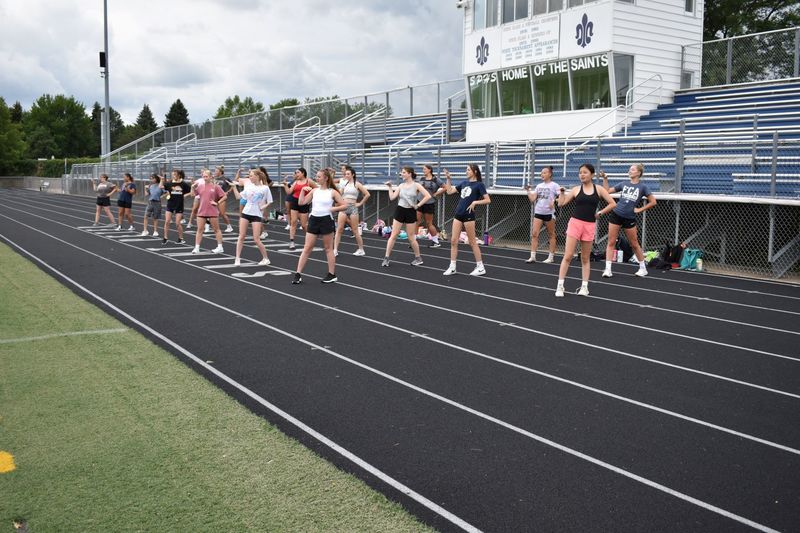