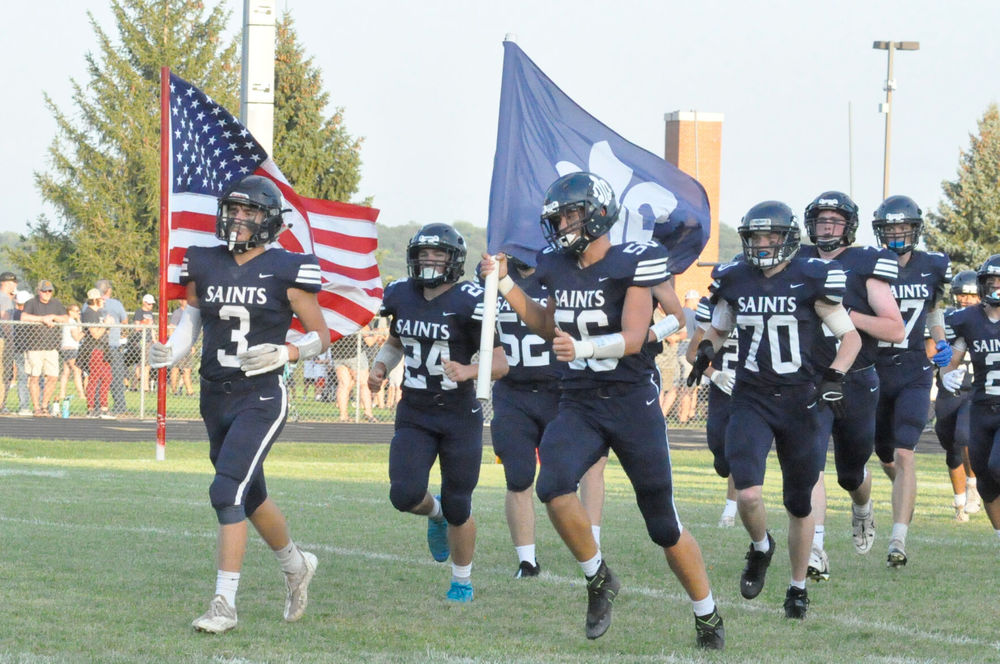 Former Saints’ head coach Frank Fredlund along with his former assistants, Denny Boreen and Dr. Jeff Olson, who all were on staff for two state title teams, will take part in the pregame coin flip and other activities will also take place that day. A special recognition of the SPHS 1977 and 1981 state championship teams will also take place on Saturday.

All former St. Peter football coaches and players, especially those that played for Coach Fredlund and his staff, are encouraged to attend and will be admitted free to Saturday’s game!

In addition to the Celebrating St. Peter Football event, the Saints willl also host its annual fundraiser in the fight against cancer. All proceeds from this year’s fundraiser will go to Gina Evenson, Saint Peter Early Childhood Center’s attendance clerk and officer support staff member, who was diagnosed with cancer a few years ago

A freewill offering will be taken before and during the game and other activities are also in the works.

(NOTE: Thanks to Ben Camp of the St. Peter Herald for sharing the photo used above!)