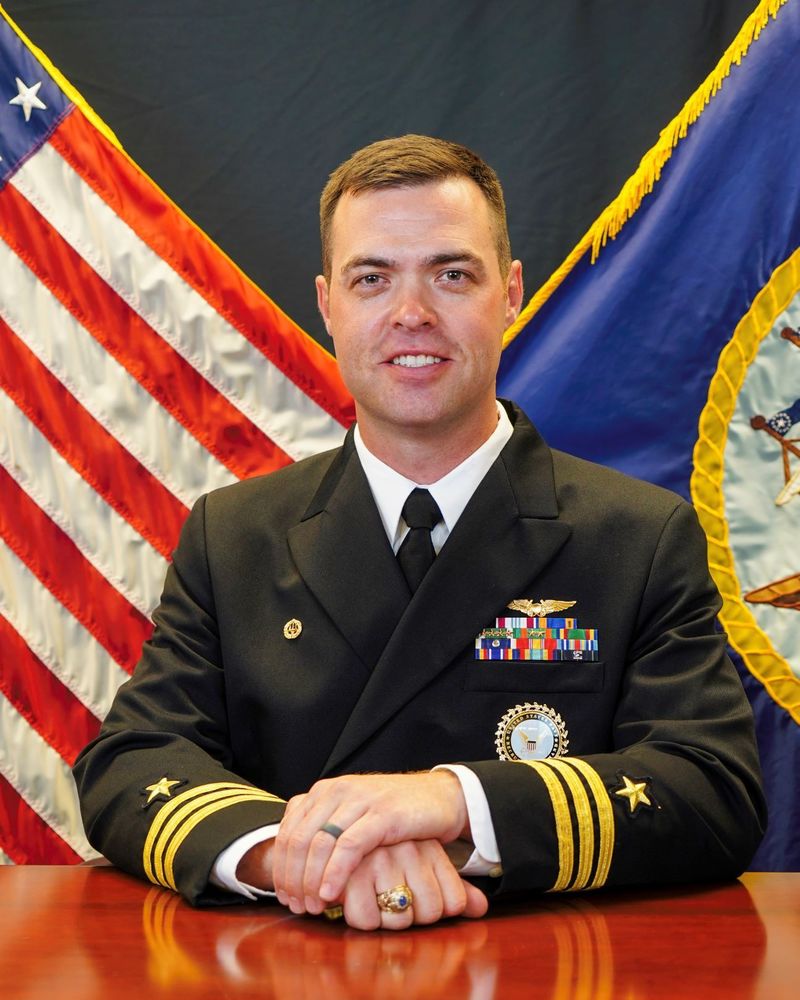 Public is invited to attend Nov. 11th event; special reception to be held for area veterans

Commander John “Knox” Allen will be the guest speaker at this year’s Veterans Day program at Saint Peter High School on Friday, Nov. 11. The program begins at 10 a.m. in the SPHS gym, and it is put on each year by the SPHS social studies department.

All area veterans are welcome to attend, and a special reception for veterans will be held before the program. Donuts and coffee will be served in the Saint Peter Community Room, next to the commons area. The public is also invited to attend the program.

A special veterans’ recognition will also be presented by SPHS Principal Annette Engeldinger honoring those SPHS alums who have served in the armed forces.

Commander Allen, a native of Maryland and a graduate of the U.S. Naval Academy,  currently serves as the Commanding Officer of the Navy Talent Acquisition Group Northern Plains in Minneapolis, which works to find, inspire and recruit young men and women to serve in the United States Navy.

Throughout his military career, he served in a Fleet Air Reconnaissance Squadron, a detachment in support of strategic nuclear deterrence, and an instructor with a Fleet Replacement Squadron.

He also served aboard the aircraft carrier USS George H.W. Bush and completed a nine-month operational cruise to the middle east and the Mediterranean. Commander Allen also served with the United States Strategic Command at Offutt Air Force Base supporting global operations and nuclear deterrence.

During his Naval career, he has amassed over 2,500 flight hours in 3 different aircraft, including 25 combat missions in support of Operation Iraqi Freedom.

(Special thanks to Raina Roemhildt for providing the information on Commander Allen.)

Those attending the Veterans Day program are encouraged to park in the lots on the west side of the SPHS building near the event (gym) entrance.